One month after the deadly mass shooting in downtown Sacramento that killed six people and injured a dozen more, District Attorney Anne Marie Schubert has announced murder charges in the killings.

Schubert said three suspects — Mtula Payton, Smiley Martin and Dandrae Martin — all face three counts of homicide in the deaths of Johntaya Alexander, Melinda Davis and Yamile Martinez on the morning of April 3 near K Street.

“It doesn’t matter whose bullet killed who,” Schubert said on Tuesday. “What matters is that this was a gun battle between rival gang members who came down to this scene in downtown Sacramento and innocent bystanders died.”

Brothers Dandrae and Smiley Martin are both in custody.

Police arrested Dandrae, 26, the day after the shooting, on April 4, initially on charges of assault with a deadly weapon and for carrying a loaded firearm. He was not charged with homicides in relation to the shooting until Tuesday.

Smiley, 27, was among those injured during the shooting, and police said he was booked on possession of a firearm by a prohibited person and possession of a machine gun after release from the hospital last month.

Police are still searching for Payton, who in addition to homicide is also facing charges of defrauding the state’s unemployment department. All three are also facing weapons-related charges.

The three others killed in the shooting are not being considered murder victims because Schubert says they were involved in the gun battle between rival groups.

On the night of the shooting, police say at least five people opened fire in the crowded nightlife district near K and 10th streets over an apparent dispute. The mass casualty event is considered one of the worst shootings in modern Sacramento history.

Sacramento Police Chief Kathy Lester said more than 100 shell casings were recovered from the scene from several handguns, one of which was stolen and was altered to shoot like an automatic weapon.

Lester said while the shooting was shocking to Sacramento, it serves as “a very visible and public demonstration of what too many families know everyday.

“Gang and gun violence are rare on this scale, and rare on downtown streets” Lester said. “But violence is far too common in many of our neighborhoods. Families who face this reality daily are desperate for help.”

Mervin Brookins, who founded the community-based gang prevention organization Brother 2 Brother, echoed Lester’s words. But he told CapRadio’s Insight with Vicki Gonzalez that once police called the shooting “gang-related,” the shock was over and it was easier for people to dismiss.

“Once you attach gang violence to it, it does minimize the loss of life,” Brookins said. He added that’s because people see that violence as “explainable, or something that happens. But I don’t see that as being the case.”

“That’s half the battle”

Among the many topics that arose from the deadly mass shooting was the city’s investment into youth programs and violence prevention. Organizations that work in that field say what they’ve done in Sacramento in recent years had positive outcomes pre-pandemic.

While city officials and community leaders agree there’s no guarantee gang intervention and youth programs would have prevented last month’s mass shooting, some argue more funding would build off of previous successes.

Just a few years ago, some of those same programs helped record a 28-month stretch without a youth homicide in the city.

But since the April 3 mass shooting, there’s been at least one homicide in the city every week, including the death of a well-known local disk jockey. Every year since the pandemic started, homicides have risen in Sacramento, and 2022 could surpass 2021.

Chief Lester on Tuesday said that addressing violence must “require partnerships at every level.”

“I know that none of us can create public safety alone. Not the police department, not the city and not even the best-intentioned community-based organization,” Lester said. “We all have to work on reducing violent crime together.”

Brookins with Brother 2 Brother said there has been investment by the city to prevent and interrupt violence among teens and young adults, but it’s only a start.

“What’s needed is that long-term commitment, so that every year we’re not back at the drawing board wondering if we’re going to have funding,” Brookins told CapRadio. “That’s half the battle of keeping people involved in this work.”

This year, the city is spending north of $38 million on youth funding. Roughly $32 million goes to youth programs like events and jobs. Millions also went to funding community centers, city pools — including the new North Natomas Community Center and Aquatics Complex — and the Sacramento Zoo.

The other $6 million went to community based organizations like Brother 2 Brother that work with teens and young adults in underserved neighborhoods like Oak Park, Del Paso Heights and Meadowview to prevent youth and gang violence.

It’s the most the city has ever spent on youth funding, but because it comes from state and federal grants, the funding can fluctuate. For example, about $6 million came from one-time federal coronavirus funding.

Sacramentans may be voting on a ballot measure come November. The initiative — led by Mayor Darrell Steinberg, City Council members Jay Schenirer and Mai Vang and the nonprofit SacKidsFirst — would create a permanent source of funding for youth programs, but it’s unclear how much. 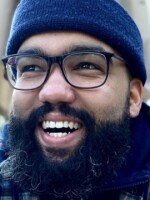 Kris Hooks
Sacramento is home. It always has been, and it always will be. Having lived here most of my life, I recognize Sacramento is a place where people hold a variety of opinions, live amid a rich environmental landscape and are part of diverse communities.
See stories by Kris Hooks