California produces 80% of the world’s almond supply — of which 70% is exported. But a billion pounds of California almonds could be sitting in warehouses instead of being exported by the start of the July harvest.

The problem is shipping containers. Companies are finding it more lucrative to return them empty instead of loading them with American exports.

Manteca almond grower and shipper Dave Phippen exports 90% of his almonds, but he said he’s been unable to ship. He's had to build extra warehouses for surplus storage, with growers statewide looking at hundreds of millions of pounds on hand.

“It could be 800 [millions] or even a billion pounds, and that’s a significant portion of last year’s crop,” he said. “That starts to ring the alarm bells in the growers’ ears and in the suppliers’ ears.”

Phippen said until the almonds get to the buyers, growers aren’t paid.

Phippen noted that this year fertilizer costs have tripled and energy costs have doubled.

He hopes the Ocean Shipping Reform Act now in Congress will force companies to take American exports if they want to bring goods into the U.S. 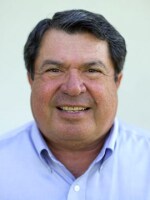 Rich Ibarra
Rich Ibarra calls Sacramento and Stockton both his hometown. Akin to a Tale of Two Cities, Rich was born in Stockton but raised in Sacramento.
See stories by Rich Ibarra