What’s going on with gas prices in California? Here’s why they are increasing again.

California currently has the most expensive gas in the nation, according to the American Automobile Association. On Monday, the agency reported that the average price per gallon in the state is $6.37, up more than 9% from last week’s average of $5.79.

AAA attributed the sharp rise in prices to a decrease in supply, especially on the West Coast, and an increase in demand for fuel.

The California Air Resources Board has strict requirements for gasoline sold within the state, so the state sources a majority of its supply from its refineries. AAA says at least six of the state’s 14 refineries have been taken offline for maintenance in recent weeks.

"The explanation here is that there have been a number of refinery outages both planned and unplanned here in California and so the supply of gasoline has gone down, even though the price of oil has also been going down," Mark Agerton, an assistant professor at UC Davis’ Agriculture and Resource Economics Department, told CapRadio.

A Chevron refinery in Richmond went offline on Sept. 11 for unplanned maintenance, which Agerton said is placing a strain on the supply of gasoline in the state. The facility can process over 245,000 barrels of gas per day, according to the California Energy Commission.

In a statement, Chevron said that they “do not discuss specific operational details related to our facility."

"We don't know the details of the unplanned work but what we can tell you is — right now — is oil refinery turnaround season,” AAA’s John Treanor said. “And what that means is, after the summer rush, oil refineries have to do routine maintenance and get inspections done."

Most of the state’s taxpayers will receive a tax rebate between $200 and $1,050 in the coming weeks. These are meant to address sky-high inflation and gas prices. The $9.5 billion package was approved by Governor Gavin Newsom and lawmakers in June as part of the state budget.

The rebate amount is calculated by income, marital status and whether there are dependents in the household. (Find out if you’re eligible and how much you could receive.)

According to the Franchise Tax Board, refunds will begin going out via direct deposit on Oct. 7. Debit cards will be sent to taxpayers who do not have direct deposit set up between Oct. 25 and Dec. 10. The tax board is prioritizing payments for residents who received a Golden State Stimulus payment in 2021.

On Friday, Newsom proposed a “windfall tax” for oil companies, which he said continued to collect profits at the expense of California motorists.

“Crude oil prices are down but oil and gas companies have jacked up prices at the pump in California. This doesn’t add up,” the governor said in a statement. “We’re not going to stand by while greedy oil companies fleece Californians. Instead, I’m calling for a windfall tax to ensure excess oil profits go back to help millions of Californians who are getting ripped off.”

A spokesperson for the governor said the proposal would tax companies that participate in oil extraction, production and refining at a higher rate based on their earnings. These taxes would be returned to taxpayers via rebates and refunds.

The governor’s office did not provide any additional details about a timeline for the proposal.

A spokesperson for the governor said he will be “working with legislative leadership on the best way to implement.”

The proposal would not see any legislative action until at least January unless the governor calls a special session. Tax legislation also requires approval from a two-thirds majority in both houses of the Legislature.

Lawmakers briefly considered a windfall tax in June, but the measure was shelved. Newsom did not publicly support it at the time.

Republican lawmakers have repeatedly called on Newsom and Democrats in control of the state Legislature to temporarily pause collection on the state’s 53-cent-per-gallon fuel tax to lower gas prices.

“Every other state is seeing relief from high gas prices. The problem in California is policy. We need major action on these prices, starting with suspending the gas tax and additional fees that make our gas so much more expensive here. All of these fees should be paused to account for rising inflation. Anything less is totally unacceptable,” he said.

The governor directed the California Air Resources Board to allow refiners to begin selling winter-blend gasoline a month early. Winter-blend fuel is cheaper to produce but not allowed to be sold before Oct. 31, according to a letter Newsom sent to CARB Friday. 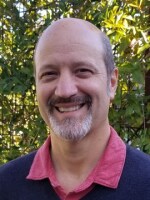 Nicole Nixon
Nicole covers politics and government for CapRadio. Before moving to California, she won several awards, including a regional Edward R. Murrow Award, for her political reporting in her hometown of Salt Lake City. Besides public radio, Nicole is passionate about beautiful landscapes and breakfast burritos.
See stories by Nicole Nixon
Local Weather
More Weather
NSPR Headlines
Headlines is published every weekday by 8:30 a.m. Subscribe on Spotify, Apple Podcasts, Google Podcasts, and NPR One.
Blue Dot, named after Carl Sagan's famous speech about our place in the universe, features interviews with guests from all over the regional, national and worldwide scientific communities.
Learn More
On Cultivating Place, we speak with people passionate about plants, gardens, and natural history. We explore what gardens mean to us and how they speak to us.
Learn More
Each week host Nancy Wiegman talks to local, regional and national writers about their latest projects.
Learn More