The Supreme Court is reconsidering its decision on affirmative action. What could this mean for higher education in California?

Earlier this month, the U.S. Supreme Court heard oral arguments in preparation for the possibility it will strike down affirmative action. The cases the justices are considering involve Harvard and the University of North Carolina, and if they decide to overturn their previous decision, that could impact universities across the country.

But California’s public universities already serve as an example of what a post-affirmative action admissions process could look like.

In 1996, voters passed Proposition 209, barring the University of California and California State University systems from considering race as a factor in their admissions decisions. The result was an immediate decline in the diversity of the student body, particularly the number of African American students enrolling on campuses. A breakdown of the 1998 incoming freshman class at UC Berkeley shows a 54% decline in African American, Latino and Native American students attending that year.

“It resulted in a decline in diversity of many university student bodies,” Kevin R. Johnson, a dean at UC Davis Law School said. “Over time, the universities attempted to come up with ways consistent with the law to better approach admissions and to enroll diverse classes, there’s been some success there, but it’s been challenging for many California universities.”

However, after an initial decline, both public university systems have looked into other ways to increase diversity without directly taking race into account. Leslie Gielow Jacobs, a constitutional law professor at McGeorge School of Law in Sacramento — a private law school — said that policies like guaranteeing top performing high schoolers admission to a UC school is one example of this.

“They’re looking at other indicators, income level and where the high schools are located to be able to get diversity that could end up being racial diversity, but they aren’t explicitly considering the race of a particular candidate,” Jacobs said.

Recent data from the University of California about its 2022 incoming freshman class does show diversity is improving, but that it still remains lower than the state’s demographics at more selective schools like UC Berkeley and UCLA. The California State University system was less impacted by the passage of Proposition 209, but also saw a more pronounced drop in the diversity of enrolled students on campuses that had more selective admissions processes.

Today, although public universities are now closer to reflecting the state’s demographics, Orfield added that the effort has been costly, and has required measures like universities doing targeted student recruiting in particular cities or neighborhoods.

“California’s experience also shows us that even when a state is willing to spend a great deal of money, hundreds of millions of dollars, there have not been good alternatives that have been able to achieve what affirmative action achieves in terms of level of diversity,” Orfield said.

Experts say the concern about losing affirmative action nationwide is that it would put achieving a diverse student body into the hands of individual universities, and the onus on schools themselves to find creative ways to accomplish this.

“Basically we’re a society that’s organized around race, everything from prenatal care to life expectancy relates to race in the United States,” Orfield said. “If you don’t consider race, you’re trying to solve a problem that’s related to race without talking about race.”

The Supreme Court’s decisions on the Harvard and University of North Carolina cases are expected to land in June. 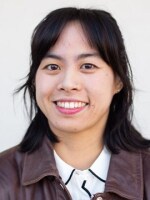 Sarah Mizes-Tan
Sacramento has long been a hub for immigrants, and the city is one of the state’s most diverse. In many ways, immigrants and people of color have shaped the Sacramento that we live in today. But at the same time, these communities also tend to be areas of disinvestment and ones that are often on the frontlines of gentrification. They’re often overlooked by not just government, but also media.
See stories by Sarah Mizes-Tan

CapRadio
To provide a trusted and indispensable source of information, music, and entertainment while strengthening the civic and cultural life of the communities we serve.
See stories by CapRadio
Giving Tuesday reminds us to take a moment to think about what we’re grateful for, like family, a good meal, or a well-told story. Donate to North State Public Radio.