At an event hosted by the non-profit think tank Public Policy Institute of California, U.S. Health and Human Services Secretary Xavier Becerra and California’s HHS Secretary Dr. Mark Ghaly provided their perspectives on where the nation and state stand with COVID-19 and what comes next for pandemic response. Both officials also reflected on what the past few years have taught them about equity and talked about planting the seeds for a more robust health care system.

Here are five main takeaways from the event.

1. Vaccine rates are picking up, but they’re still low

Although Becerra said the outlook for COVID-19 is far better than it was when the Biden administration took office at the beginning of 2021, he noted that between 300 and 400 people a day in the U.S. are still dying from the disease.

“If we had a jetliner in America crashing every day, killing everyone on board, we'd be talking about how we're going to change our aviation industry or finding out what's going on,” he said.

In response, Becerra said it’s crucial for everyone to get vaccinated. He noted the people who are dying of COVID aren’t up to date on their vaccines or didn’t get the shot in the first place. “Anyone you're planning to hug or kiss during these holidays, I hope they and you are vaccinated,” he said.

In California, Ghaly said more people are picking up the pace when it comes to getting the updated COVID booster. He said on Wednesday of this week 40% more bivalent boosters were given than the seven-day average of the week before.

According to the latest state data, 18.3% of Californians have received the bivalent booster. The number is higher for Sacramento County, at almost 21%.

Ghaly said that while vaccines and mask-wearing are powerful tools, Californians continue not to seek out, or forgo, treatments for COVID, like Paxlovid, which must be taken within five to seven days of symptom onset.

He said for people who are at high risk, “getting early treatment can really not just save their life, but really save so much of the symptoms and difficulty of those initial days of infection.”

Other California health officials have recommended that all residents over 50 years old create a treatment plan to get care early if they come down with COVID.

The pandemic has strained public health workers, leading to people leaving their jobs and widespread stress in the healthcare field.

“I have spoken to clinicians who are burnt out but have to continue forward because there are people who are on the edge,” Becerra said.

He and Ghaly both highlighted investments made by state and federal agencies to beef up, recruit and retain health care workers.

Becerra added society needs to continue to de-stigmatize mental health issues and substance use disorder. He said health workers aren’t the only ones whose stress levels have been taken “to the nth degree,” referencing record numbers of drug overdoses and the teen mental health crisis.

He said the federal government’s new strategy on drug overdose prevention is harm reduction: “So it's not just prevention and treatment, but it's trying to reduce the harm that someone can cause themselves while they are using,” he said.

“He said we should be treating behavioral health, mental health, in the same way we treat physical health,” Becerra said. “There should be no prejudice or discrimination or lack of equal treatment because of a mental health concern.”

Becerra said he was proud of the way the federal government “[erased] the disparity in vaccination between Black and Brown communities and the white community,” by making vaccines free and doing outreach. “We went to where they were and they responded, and that's what we intend to do again.”

In California, Ghaly said there is “nearly a 22% difference” between high and low socioeconomic groups when it comes to getting the updated booster.

“If we deluded ourselves that we could wake up in the throes of a global pandemic and catch up on issues like equity and disadvantage and distrust of a health care delivery system, we've been dissuaded against that idea,” he said.

Ghaly said that the California state Legislature’s decision to allocate $300 million annually to local public health departments was an important step in making health care effective at the block-by-block level.

5. Just because California’s state of emergency is ending, doesn’t mean COVID is no longer serious

When it was first implemented, this response encompassed more than 600 provisions, but many of those have been phased out over the past 18 months.

However, just because the state of emergency is ending, doesn’t mean Californians should stop getting COVID boosters or taking the virus seriously.

“We avoid the strain and difficulty on ourselves, our families and the health system by doing our part,” he said.

The federal state of emergency is still in place and Becerra said it will remain there until the authorities it grants are no longer crucial to dealing with the crisis.

“We can see the light at the end of the tunnel,” he said. 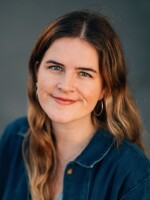 Kate Wolffe
I’m interested in how health care policy impacts Sacramento and California, who gets access to care and the issues facing health care providers.
See stories by Kate Wolffe