Can You Handle The Truth?: False Information On COVID-19 Vaccines Spreads As Cases Rise Across United States

False information about COVID-19 vaccines continues to spread on social media, and comes as cases are on the rise across the United States.

This interview has been edited for clarity and length.

Chris Nichols: This post cherry-picks and manipulates some data from a scientific study to make a false and alarming claim. It says there’s a high miscarriage rate, more than 80%, for women who got an mRNA COVID-19 vaccine early in their pregnancies.

The Instagram post arrives at this flawed conclusion based on a small sample of completed pregnancies known by researchers. But in reality, the majority of study participants are either still pregnant, or have not yet had follow-ups with the study’s authors.

Researchers said early results have not found an increased risk of miscarriage tied to the COVID-19 vaccination. They also acknowledge that there’s limited data on this topic and that it requires further research.

On a false claim about infants and childhood vaccines

SIDS refers to the sudden and unexplained death of an apparently healthy baby, also called crib death. But scientific studies have consistently shown that there is no causal relationship between vaccines and SIDS. Those studies also show that receiving recommended immunizations can lower an infant’s risk of SIDS.

The CDC recommends that during their first six months, infants get vaccinated against a range of diseases, from tetanus to whooping cough to polio and several others. Studies looking at each of these vaccines have found no associations between them and SIDS.

Steven Rascon: Just as the FDA was about to approve the Pfizer vaccine for emergency use for minors, San Francisco issued a health order saying if you are a minor you can consent to the vaccine only if you are emancipated as according to the state or considered self-sufficient.

Because San Francisco allows some minors to consent to the vaccine on their own, PolitiFact California rated this claim as Mostly False. 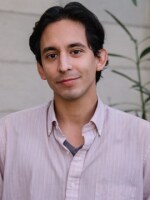 Steve Rascón
Steven Rascón is a contributor for CapRadio and PolitiFact California. Rascón is a production assistant for the national public radio show Reveal from the Center for Investigative Reporting. He's written for online, magazines, and radio. He was a Vote-beat reporter for CalMatters covering election misinformation throughout the golden state. His previous storytelling on the LGBTQ and Latinx community has aired on KCRW, KALX, and KQED. He's pursuing a Master's degree at UC Berkeley's Graduate School of Journalism and holds a Bachelors in Fine Arts from the University of the Arts.
See stories by Steve Rascón

CapRadio
To provide a trusted and indispensable source of information, music, and entertainment while strengthening the civic and cultural life of the communities we serve.
See stories by CapRadio
SUPPORT NSPR
Every penny counts. Support NSPR so we can continue delivering the stories you count on each day
Donate Now
Local Weather
More Weather
Blue Dot, named after Carl Sagan's famous speech about our place in the universe, features interviews with guests from all over the regional, national and worldwide scientific communities.
Learn More
On Cultivating Place, we speak with people passionate about plants, gardens, and natural history. We explore what gardens mean to us and how they speak to us.
Learn More
Conversations on Race
Chico State Sociology Professor Dr. Lesa Johnson recorded a series of conversations on race with NSPR’s Ken Devol.
Learn More
Each week host Nancy Wiegman talks to local, regional and national writers about their latest projects.
Learn More