After detailing last week the pressure it says Donald Trump put on his vice president to overturn the results of the 2020 presidential election, the House select committee investigating the Jan. 6 insurrection turns its focus today to the pressure it says the then-president put on legislators and election officials to do the same in their states.

In the fourth of seven planned hearings, the bipartisan panel will detail the methods Trump, his campaign and other associates used to lean on state officials to change election results and to instruct Republican officials in a number of states to create false electoral slates that would have certified that Trump had won states that he had lost.

The committee is expected to question Brad Raffensperger, Georgia's Republican secretary of state, whom Trump called and pressed to find enough votes to put him over the top in his state, which Joe Biden won. “I just want to find 11,780 votes, which is one more than we have,” Trump is heard telling Raffensperger on a recording of the call.

Gabriel Sterling, chief operating officer at the Georgia secretary of state’s office, will also testify at the hearing. 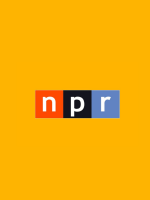 NPR Staff
See stories by NPR Staff
♥ Donate
Donate to North State Public Radio
Your donation will be used to support the community service mission of North State Public Radio and the vital programming that its listeners depend on every day.
Donate Now
NSPR Headlines
Headlines is published every weekday by 8:30 a.m. Subscribe on Spotify, Apple Podcasts, Google Podcasts, and NPR One.
Local Weather
More Weather
Blue Dot, named after Carl Sagan's famous speech about our place in the universe, features interviews with guests from all over the regional, national and worldwide scientific communities.
Learn More
On Cultivating Place, we speak with people passionate about plants, gardens, and natural history. We explore what gardens mean to us and how they speak to us.
Learn More
Conversations on Race
Chico State Sociology Professor Dr. Lesa Johnson recorded a series of conversations on race with NSPR’s Ken Devol.
Learn More
Each week host Nancy Wiegman talks to local, regional and national writers about their latest projects.
Learn More