Just on the heels of a record-breaking heat wave, California saw the onset of an atmospheric river this past weekend. It’s expected to break rainfall records throughout Northern California.

Atmospheric rivers have become known for bringing heavy rainfall, and with it, flooding concerns. The same is true for this storm: The Sacramento office of the National Weather Service has warned residents of the potential for localized flooding throughout Northern California.

Showers and thunderstorms will continue to develop throughout the day today and will be capable of creating heavy rain. Localized flooding will be possible over burn scars and urban area roads. Do not attempt to cross flooded roadways- turn around, don't drown! #CAwx pic.twitter.com/VLTY6A8y9o

Amounts of rainfall from the atmospheric river might vary in different parts of the region, according to the weather service. In a recent tweet, the agency explained that while some areas may see bursts of rain, others may see no rain at all.

Although atmospheric rivers have garnered more attention in recent years, they aren’t new to the West Coast. However, their intensity is ramping up. Experts say that this “whiplash” pattern of moving from extreme heat to heavy precipitation is becoming more intense because of climate change.

“That [pattern], if we measure it, has been increasing over the past few decades,” said Katerina Gonzales, a climate adaptation researcher at the University of Minnesota who studies atmospheric rivers. “So it’s kind of a situation where we are learning to expect the unexpected.”

Gonzales said that while this rainfall might do some good for California, intense precipitation can also have devastating flooding effects. It could create danger in areas that have recently seen fire, as that heavy rainfall can trigger debris flows and landslides in burn scar areas.

There’s a flash flood watch in effect for the area of the Mosquito Fire burn scar. Forecasts say there is also the potential for thunderstorms in the area.

⚠️ A Flash Flood Watch is in effect through Tuesday evening for the #MosquitoFire burn scar. Rain will pick up this morning increasing the risk for ash flows, and debris flows may occur with any thunderstorms that develop today. #CAwx pic.twitter.com/qElAciwrNu

There is some good news, though: While it doesn’t seem like the storm will quench the fire, experts say that it could help firefighters with their efforts to contain the blaze.

“The rain, of course, is going to keep the fire relatively in place where it is,” said Jonathan Pangburn, a fire behavior analyst with Cal Fire, in a recent nightly community briefing. “We’re not expecting any rapid growth.”

This storm also hit Alaska with force this past weekend. Governor Mike Dunleavy issued a disaster declaration on Sept. 17, allowing state resources to be directed toward recovery in impacted coastal communities.

"It is critical to have boots on the ground," said Alaska National Guard Maj. Gen. Torrence Saxe, as Guardsmen deploy for debris removal and damage assessment in communities including Hooper Bay, Nome and Bethel. https://t.co/LtVPNWHiuF pic.twitter.com/7burbDtDf7

Meanwhile, a devastating hurricane hit Puerto Rico this past weekend and is dumping huge amounts of rain on the island. Gonzales said that, while unrelated, seeing these two weather events manifest at the same is a reminder of what will become even more common with climate change.

While atmospheric rivers have historically helped replenish California’s water supply, Gonzales said that their increased intensity is a cause for concern.

“We rely on them,” she said. “And at the same time, they’re becoming more hazardous.”

The National Weather Service office in Sacramento will continue to provide updates on the storm via social media. 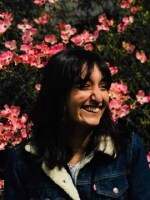 Manola Secaira
Manola Secaira is CapRadio’s environment and climate change reporter. Before that, she worked for Crosscut in Seattle as an Indigenous Affairs reporter.
See stories by Manola Secaira