They are demanding back pay, changes that will ensure they are paid for the work in the future, and for a judge to declare the suit a class action that could sweep in other part-time academics, commonly called adjuncts. As many as 37,000 adjuncts teach in the 115 colleges.

The lawsuit, filed Monday in Sacramento Superior Court, mirrors allegations made in a similar suit against Long Beach City College that adjuncts filed in April, claiming a lack of pay for work done outside of teaching hours. The Long Beach suit remains in the preliminary stages, Los Angeles Superior Court records show. But while the Long Beach suit focuses only on one community college district, the suit filed Monday has statewide reach and names the state California Community College system as a defendant.

The “plaintiffs have not been paid for all their hours of work outside of class to prepare their lectures or labs, grade papers and exams, prepare syllabi, email with or talk to their students, and assist in essential departmental activities,” the suit claims. “California state law does not permit employers to take advantage of employees by not paying them for all hours worked.”

“It’s been a long time brewing,” the lead plaintiff, John Martin, chairman of the California Part-time Faculty Association, said in an interview Monday. His intention is to “up the ante and put the pressure on the districts. This is another tool.”

The other districts named in the suit are Butte-Glenn, San Diego, Mt. San Jacinto, Los Rios, Yuba, Los Angeles and Cerritos. Spokespersons for the districts either did not respond to requests for comment or said their districts have yet to be served with the suit. Of the 73 districts statewide, the Los Angeles Community College District is the largest with eight colleges and nearly 120,000 students.

A spokesman for the state community college system said the suit has not been served there and declined to comment.

The lead attorney for the plaintiffs, Daniel Galpern, wrote in the complaint that the system was named as a defendant because it “is a part of the California state government that oversees, sets policy and provides guidance for the California community college districts.” It “directly plays a role in being the liaison between community college districts across the state and the Legislature.” It plays “a policy implementing role, was responsible for and/or was aware” that adjuncts are not paid for work outside the classroom, the suit claims.

Adjuncts work semester by semester with little to no job security, especially as pandemic-driven enrollment drops are costing jobs. EdSource reported in February in a three-part-investigative series on their working conditions that adjuncts make up 70% or more of all faculty at 35 districts and that at only two districts do full-time faculty outnumber them.

They are paid hourly for classroom time, and sometimes for office hours, often at a rate less than teaching hours. But the need for hours to prepare and grade is not acknowledged, adjuncts claim.

Yet district and state officials know “that such outside-of-classroom work is essential to their part-time professors’ teaching effectiveness and imposes criteria and evaluations as to which this work is integral.” The districts named as defendants have “benefited from the uncompensated work of their part-time faculty,” the suit claims.

“The problem has been ongoing and apparently is not getting any better,” Galpern told EdSource on Monday. ‘It’s a question of fundamental justice.” 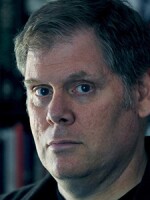 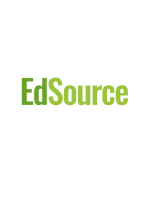 EdSource
EdSource believes that access to a quality education is an important right of all children. We further believe that an informed, involved public is necessary to strengthen California’s schools for the benefit of the state’s children, its civic life, and its economy.
See stories by EdSource
Local Weather
More Weather
NSPR Headlines
Headlines is published every weekday by 8:30 a.m. Subscribe on Spotify, Apple Podcasts, Google Podcasts, and NPR One.
Blue Dot, named after Carl Sagan's famous speech about our place in the universe, features interviews with guests from all over the regional, national and worldwide scientific communities.
Learn More
On Cultivating Place, we speak with people passionate about plants, gardens, and natural history. We explore what gardens mean to us and how they speak to us.
Learn More
Each week host Nancy Wiegman talks to local, regional and national writers about their latest projects.
Learn More