Oroville native Marianne Aleck researched the history of her French mother and Greek father to write The Liberty Club. In Part 1 of a two-part interview she tells the story of her mother Monique who was a teenager in France during World War II.

Chico neurosurgeon Jeffrey Lobosky recently won national recognition for his work in brain injury prevention. Dr. Lobosky is also author of It's Enough to Make You Sick: The Failure of American Health Care and a Prescription for a Cure. 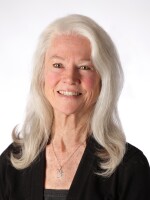