Trial by fire: The trauma of fighting California’s wildfires

California’s firefighters describe a broken and depleted fire service suffering a hidden, smoldering crisis. Across the state, Cal Fire crews that fight wildfires opened up to tell CalMatters their heart-wrenching stories — exhaustion on the firelines, weeks on duty without respite, suicidal thoughts, never-ending trauma and the terror and pain of seeing their colleagues injured or killed.

As California’s wildfires intensify and burn year-round, its firefighters suffer from the increasing strain of post-traumatic stress. Decisions made while struggling with lack of sleep, long hours and stress could endanger not just the crews, but the public, too. What is the state doing to respond? Overwhelmingly, California’s firefighters and mental-health experts say, “Not nearly enough.” Cal Fire has been slow to address PTSD and suicides among its ranks, and firefighters routinely encounter problems getting workers’ comp insurance to cover their care.

California’s wildfire crews carry a heavy and growing burden: They leave the fire lines, but the fire never leaves them.

Trial by Fire, a four-part series, was reported and written by Julie Cart and edited by Marla Cone. Photography and videos were by Ariana Drehsler, Martin do Nascimento, Miguel Gutierrez Jr. and Julie Hotz. Data visualizations and analysis were by Jeremia Kimelman, Erica Yee and John D’Agostino. Illustrations were by Victor Lowe and Julie Hotz. Production by Liliana Michelena.

PART TWO
Ryan’s story: A hard-charging California firefighter loses his last battle to suicide
PART THREE
Back from the brink: A fire captain’s journey from terror to trauma to recovery — and then more terror 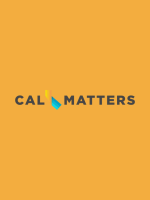 CalMatters
CalMatters is a nonpartisan, nonprofit journalism venture committed to explaining how California’s state Capitol works and why it matters.
See stories by CalMatters
♥ Donate
Donate to North State Public Radio
Your donation will be used to support the community service mission of North State Public Radio and the vital programming that its listeners depend on every day.
Donate Now
NSPR Headlines
Headlines is published every weekday by 8:30 a.m. Subscribe on Spotify, Apple Podcasts, Google Podcasts, and NPR One.
Local Weather
More Weather
Blue Dot, named after Carl Sagan's famous speech about our place in the universe, features interviews with guests from all over the regional, national and worldwide scientific communities.
Learn More
On Cultivating Place, we speak with people passionate about plants, gardens, and natural history. We explore what gardens mean to us and how they speak to us.
Learn More
Conversations on Race
Chico State Sociology Professor Dr. Lesa Johnson recorded a series of conversations on race with NSPR’s Ken Devol.
Learn More
Each week host Nancy Wiegman talks to local, regional and national writers about their latest projects.
Learn More